News
We wish you a blessed Christmas time and all the best for 2023! 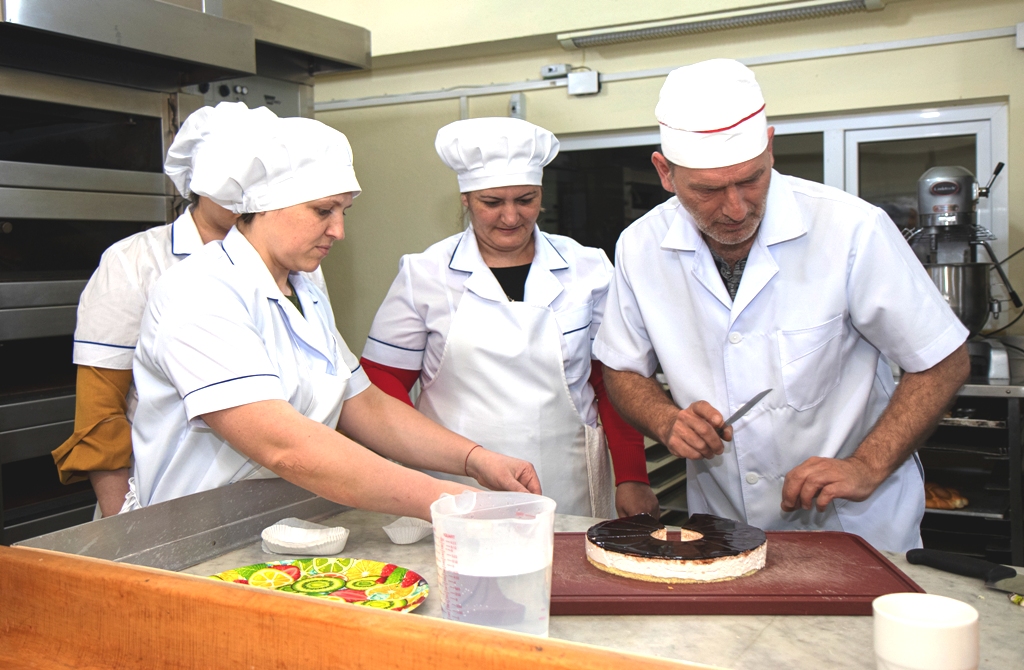 It is difficult to find a permanent job in Armenia. This is especially true for people who have no training. However, that is almost impossible to get for poor people, because unlike in the German training system, for example, you usually have to pay for vocational training. Many parents who are themselves unemployed or work as day labourers cannot finance this for their children. These families are caught in the poverty trap with no chance of escaping.

In the vocational training centre BAZ of Diaconia Charitable Fund, people in need are given the opportunity to receive such training free of charge. The DCF makes sure to always be up to date and to train according to the needs of the job market. Many people were able to take a job after graduation – often after a long period of unemployment – or start their own business.

Two training courses are currently offered, which are constantly being adapted to the circumstances on the Armenian labour market:

The overall BAZ strategy is based on three pillars:

1. Multiplication: The learners who receive training in the BAZ should act as multipliers in their professional environment by learning themselves and passing on what they have learned. In doing so, the DCF thinks of the apprentices themselves and will specifically promote managers in the future.

3. Business ethics: People who are capable of business and who don’t just look at their own wallets receive the appropriate specialist training in the BAZ. Where possible and sensible, the DCF will specifically promote the establishment of new small businesses.

The training to become a baker / confectioner takes a total of 12 months.

The cost per participant is 1675 euros.

The cost per participant is 1652 euros.

This includes all costs, such as books, materials, salaries of the trainers, travel expenses for the trainees and much more.

Karine lives with her husband and little daughter with her in-laws in the Village of Hope. Training as a seamstress enables her to work in a clothing factory and to sew clothes at home. The family profits from this, too. The photo shows Karine with her daughter, who is wearing a dress made by her mother.

Tamara started her own business during her training as a baker. She has to bake the cakes at home, the topping is added in the shop.

The single mother of twins Georgetta also began accepting commissioned work during her training as a tailor. Her children’s father had left her before they were born, and she lost her job as a cashier in a supermarket during maternity leave. Since then, she and her children have been living on around 57 Euros a month. To do the jobs, she took out a loan for a sewing and overlock machine, which she has to pay off with the money she earns.

If you would like to give disadvantaged people a future, please donate for this project!

Sponsor a Child in Armenia